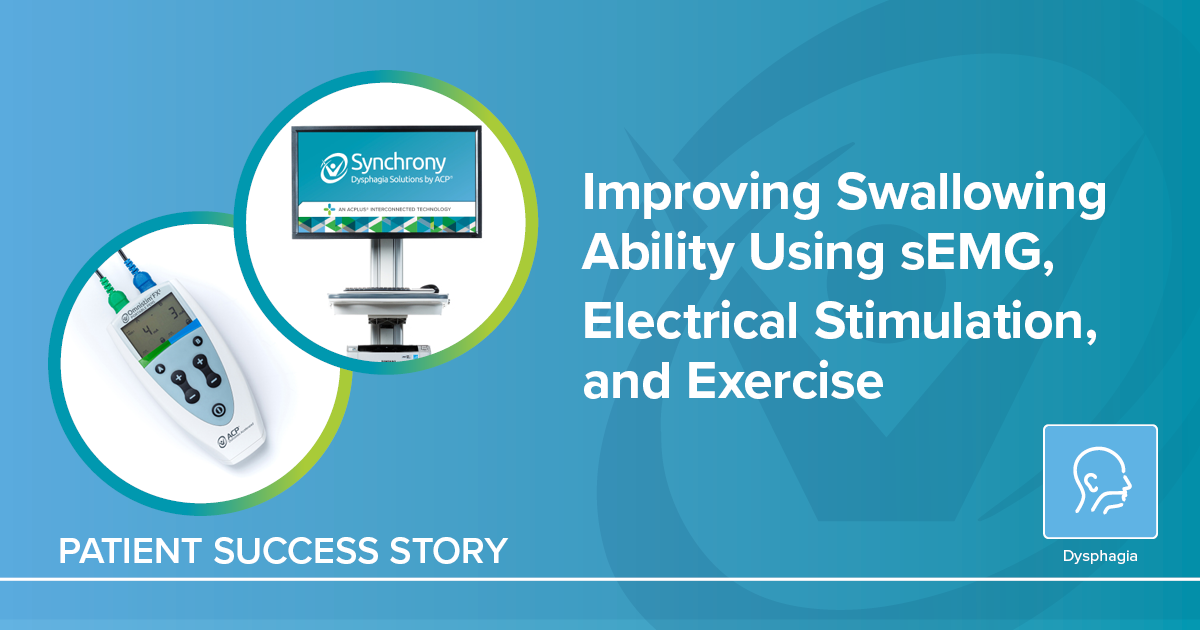 History:
This gentleman was admitted to a skilled nursing facility for rehabilitation services following hospitalization due to a fall, which resulted in a traumatic subdural hematoma (bleeding between the skull and brain). He was then diagnosed with encephalopathy (damage to the brain) and oropharyngeal dysphagia (difficulty swallowing), with a feeding tube placed during his hospitalization to provide nutrition and hydration. Prior to his accident, this gentleman consumed a regular diet and drank thin liquids.

This gentleman states: “I wanted to do whatever I could to get back to eating food. The biofeedback really helped me see the progress I was making to keep me motivated over the months of therapy!”

The Speech-Language Pathologist states: “I love how the biofeedback system could give me objective data to track his outcomes. We were both able to see that he was doing the exercises with enough effort and frequency to make clinically significant changes in his muscle function!”

Learn more about how our Dysphagia Program can help you help your patients get Better, Faster!